Hope Springs Eternal on Opening Day and for New Brand

Chemistry is an important part of building any great team, whether it’s a World Series winner, or a full-service PR 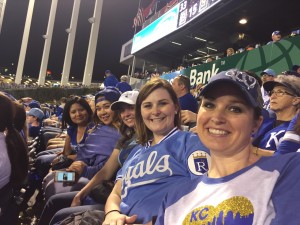 agency growing trust in the food system. At Look East, we believe in working hard, having fun, and more importantly, enjoying each other’s company and respecting the value of all team members. Sometimes this involves burgers, brats, beverages, ladder golf and great baseball.

On Major League Baseball’s Opening Day, Look East put together a tailgate prior to the Sunday Night Baseball game where our hometown Kansas City Royals raised their championship flag from the 2015 World Series. 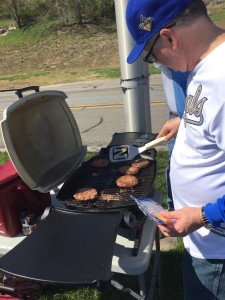 While the Look East team had a great time before and during the game, there were lessons to be learned as well. Seeing the World Series trophy on the Crown Vision at Kauffman Stadium showed how hard work and perseverance can pay off. But with the first pitch from Edinson Volquez, that lesson gave way to the fact that it is a new season, one where every team is undefeated and anything is possible, much like the dawning of a new day.

As the game progressed, the Royals showed the template for a total team effort, with Volquez pitching six scoreless innings, the team turning in defensive gems seemingly every inning and clean-up hitter Eric Hosmer laying down a bunt and diving into first base to beat the throw resulting in a big inning. It’s a rarity for one of the top power hitters on a team to sacrifice their at-bat by bunting, but Hosmer put what was best for the team ahead of what was best for his statistics, and it resulted in the team achieving its goals of beating the Mets on Opening Night.  The team effort was further highlighted when Luke Hochevar finished off the eighth inning for a struggling Joakim Soria, before Wade Davis shut down the Mets in the ninth for the 4-3 Royal win. 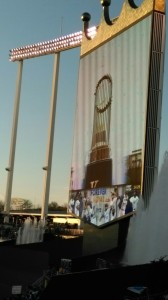 The same type of team-first mentality can be found at Look East, with team members pitching in to complete projects, grow trust in the food system and increase our clients’ peace of mind. Whether it’s having fun at a tailgate or developing a strategic plan or tactics to help grow trust in the food system, the Look East team is ready to launch a new championship season, just like the defending champion Royals.