Sometimes, you get a chance to shine. 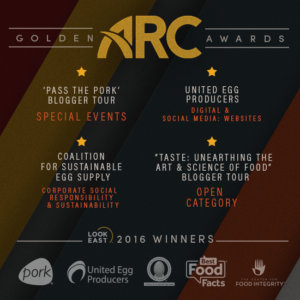 “We’re excited Look East was honored in five different categories, including traditional public relations, website development, blogger tours and social media,” said Charlie Arnot, Look East president and CEO. “For such a breadth of our client work to be recognized is very rewarding.”

The awards earned by Look East were on behalf of the following clients:

The Golden ARC Awards are the only awards competition for agricultural communications that are judged by professionals from across public relations, Mach said.

Congratulations to all those involved!