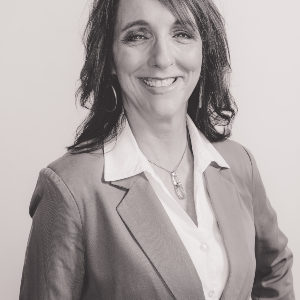 Teased for being the Look East night owl, Jana prides herself on being a good steward of her client’s time and resources, even if it’s 2 a.m. But don’t worry—she won’t call you after midnight.

Jana dons many hats to help clients reach important audiences with the right messages. Whether that’s through writing, training, video production or creative strategy, she brings a broad range of skills to the job each day.

Before Look East, Jana was a radio and television reporter and worked in public relations at the University of Nebraska-Lincoln before pursuing a freelance career as a writer, video producer and on-camera/voice-over talent. ABC and NBC news, “Extra” and “America’s Most Wanted” were among her clients. Billionaire Warren Buffett, rocker Tommy Lee and a woman who left her husband because he snored were some of her most memorable assignments.

Beginning at the age of 9, Jana played alongside Mom, Dad and her sisters in the family band for 21 years – and she still plays today. They were a bit like the Partridge Family – only, instead of a spacious bus they traveled in a white station wagon with wooden side panels.